The following attractions offer FREE admission (some non-profits suggest a donation). Please visit the websites of these attractions for schedules as times may vary.

Founded in 1957 to protect the view from Mount Vernon, the Accokeek Foundation, an educational nonprofit, stewards 200 acres of Piscataway National Park, Maryland. The Foundation also runs the National Colonial Farm, living history museum that depicts a Maryland middle-class family farm on the eve of the American Revolution. The Foundation's organic Ecosystem Farm emphasizes the future of agriculture as farmers learn the tools of a new trade and practice sustainable use of natural resources.

The Adventure Park USA is Maryland's largest family entertainment center. We are committed to presenting our guests with an amazing amusement park experience. With everything from our Desert Oasis Miniature Golf Course and Wild Cat Roller Coaster to our Rock Wall and Hang 'Em High Ropes Course, there is enough excitement for the whole family. Let the adventure begin! Admission to the Park is free. See www.AdventureParkUSA.com for ride prices. 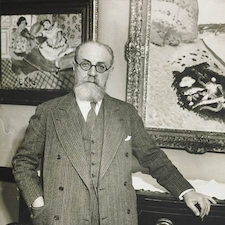 The Baltimore Museum of Art embodies a commitment to artistic excellence and social equity to create a museum welcoming to all. The BMA collections include 18th-, 19th-, and 20th-century art as well as a compelling collection for the 21st century. The famed Cone Collection is the centerpiece of the BMA's expansive holdings with more than 600 works by Matisse—considered one of the greatest artists of the 20th century—including paintings, sculptures, drawings, prints, and illustrated books. www.artbma.org

Let your friends know they can save too!